Viktor and Marina Y from Donetsk 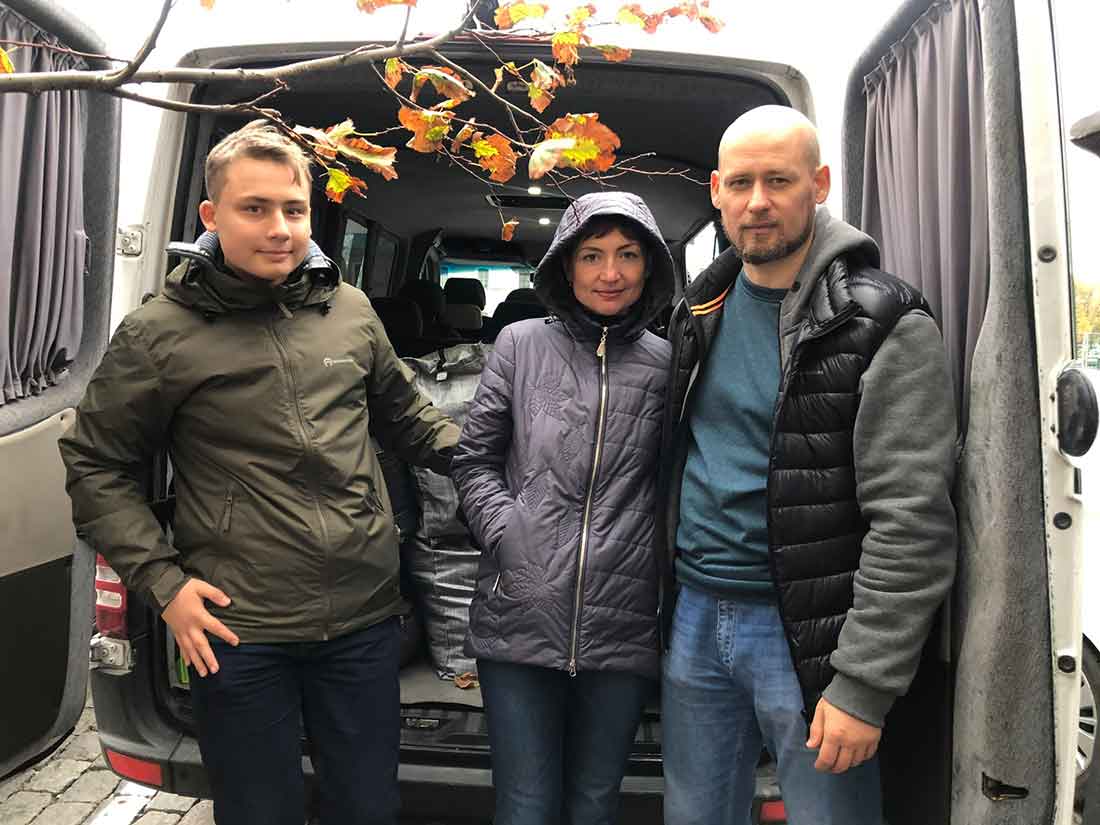 Viktor is making Aliyah with his wife, Marina and son, Dmytro.  He tells their story:

“My wife and I are from Donetsk and are both doctors by profession.  I am a surgeon, and my wife is a rehabilitation therapist.  We have two sons – the elder is 24 years old.  He left for Israel last year and is successfully studying there. The younger is a teenager who is taking his first steps towards adult life, and we understand that we need to give him a chance to have prospects in the future.”

“My wife and I loved our hometown, Donetsk, very much.  Before the war it was insanely beautiful, flourishing and developing.  But everything changed after 2014.  After surviving shelling, it became unrecognisable. And, after the change of power complete arbitrariness, anarchy and lawlessness reign. The city is gradually dying, nothing is being restored, everything is falling into even greater decay and what is left has been plundered.  Medicine is degrading and we understand that it will be even worse in the future.”

“I worked in a hospital in surgery.  The work is hard, and the wages are low; my wife earns even less.  Financial difficulties greatly burdened our lives and there was no hope for improvement or any prospect for development. All these circumstances prompted my wife and I to think about repatriation to Israel.  I knew that I have Jewish roots but for a long time I did not dare to address this issue.”

I turned to Ezra for advice on the documents.  They told me what to do, helped and supported me but the process of finding and restoring Jewish roots turned out to be time-consuming and difficult.  We made the decision that our elder son should go to Israel first as he had the opportunity to get on a training program in Israel.  He became a pioneer!  We made trips to the territory of Ukraine to the Consul with the whole family to open visas.  It’s good that the borders with Ukraine were still open then.  Now, we are completely cut off from it due to quarantine and you can only get there through the Russian border.”

“We felt the consequences of the closure of the border with Ukraine after we received our visas.  We were booked to fly to Israel from Borispol airport in Kiev and we had somehow to get to Ukraine with our luggage.  We decided, like everyone else, to go via Russia.  We were cold and terribly hungry.  When crossing the border from Russia, the Ukrainian customs officials say that this is an illegal crossing and require a bribe from each person.  It’s hard to believe that this is happening in a country that is considered European and civilised!  The whole transition to Ukraine took us a day.”

“Now, looking back, we understand that we have passed only part of the way – there will still be other trials, circumstances to which we will have to adjust, difficulties we have to fight – but there is hope, there is joy, there are prospects, there is an incentive to strive and achieve success.”

“We are going on a program for doctors and I know that, thanks to the support from the state and our efforts we will be able to achieve success. According to the program for doctors, we will undergo training, master the language, practice there, and then we will confirm our diplomas.  We plan to work, develop, help children.  We believe that life will change for the better!”

“Ezra helped us a lot.  Their support was both moral and material.  We were given advice, they paid for the costs associated with the collection of documents, passports, trip to the Consul, accommodation on the Ukrainian side while waiting for our Consular appointment.  We were taken to the border crossing point with Russia and then were met on the Ukrainian side.  We arrived the day before our flight departure and they arranged an overnight stay for us and then took us to the airport.

There is huge gratitude and appreciation in my heart!  It is so difficult to escape from the confinement we were in, and this confinement is called the Donetsk People’s Republic!  With your help we have succeeded and now we and our children have a chance to live normal lives.  Thank you for everything!”