Ekaterina and Sergei T from Bender 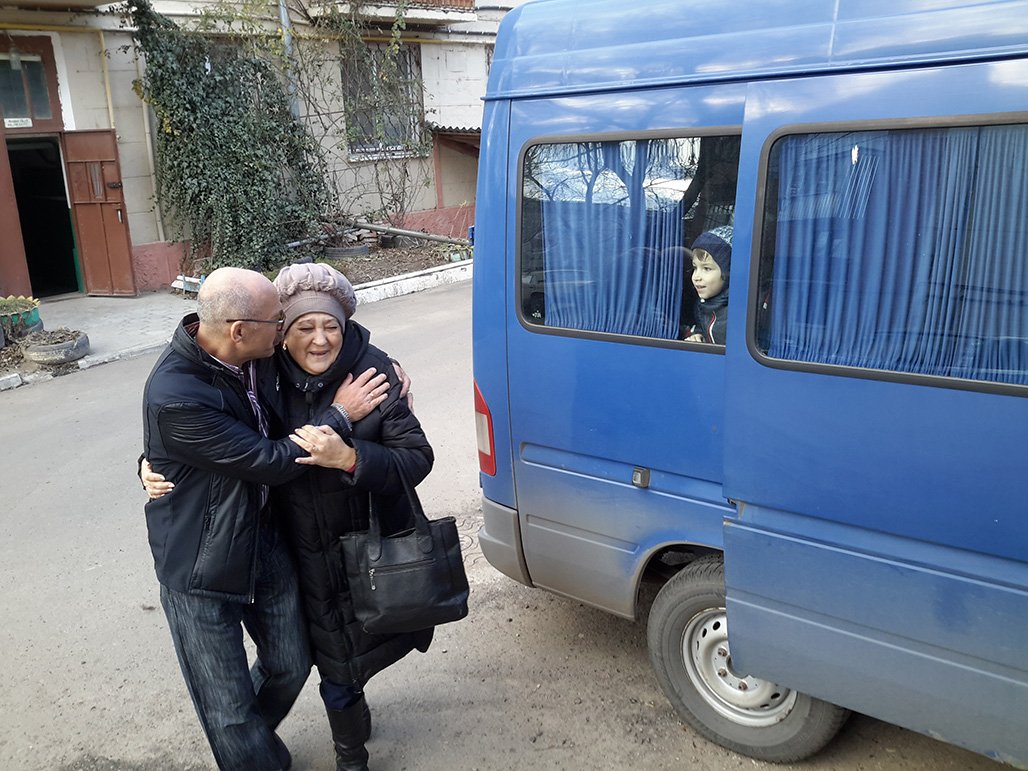 Ekaterina and Sergei T from Bender
Ekaterina and Sergei made Aliyah with their sons Sergei and Artem and their daughter, Eleonora. Ekaterina tells their story:
I was born in May 1986, the granddaughter of a Jew – making me entitled to repatriation under Israel’s Law of Return. Once I found out about this it became my life goal.
My mother first heard about the Jewish Agency in 1995. Every day I learned more and more about Israel and my desire to live there grew and grew. Our long journey of searching for and collecting documents began. My grandfather, Efim, was a well-known and respected doctor in the city but, unfortunately, I didn’t know him. My Grandmother, Anya, told me a lot about him. He had a difficult history due to his Jewish roots. He also lost family in the Holocaust. Only his experience as a doctor saved him. After this very difficult period he came to Moldova, met Anna and started a family. Soon a son, Boris, was born.
The collection of documents wasn’t easy because many had been confiscated. I had to turn to many city departments and pre-war and post-war archives not only in Moldova but elsewhere. In 2004 I was lucky enough to take part in the TAGLIT youth excursion program. Is it possible to describe this trip without tears of joy? I fell in love with Israel and for many years planned my repatriation.
There were many obstacles in my way. Life is a complicated thing, but faith, hope and love helped us. In August 2019 we signed up for a consular check at the Israeli Consulate in Moldova – and passed it!! Inside everything turned upside down and tears of joy flowed!! Once we had this news my husband and I began to run around all the offices to get the children’s documents reissued and legalised in Moldova as we live in Transnistria and that state is not officially recognised. This again took months, but we persisted. In November 2019 we finally received the long-awaited documents and were eagerly waiting to see the Consul for our visas. Currently the Consul only comes every three months, so our wait was extended.
Finally, in January we had our long-awaited visa in our passports. This was a happy day in our lives. Many thanks to the Jewish Agency for their help and also many thanks to Ezra International for their financial assistance, moral support and patience! There are times in life when two hands fail. It is at such moments that the hands of real friends come to the rescue and their help is significant and invaluable. I don’t want just to say ‘thank you’ but to share a piece of my heart. I want to express my gratitude warmly from my heart for your invaluable help to our family. We wish you health, prosperity and all the best.
PS Ezra International also helped us with transport to the airport – they helped to load our luggage into the vehicle. A new life awaits us!