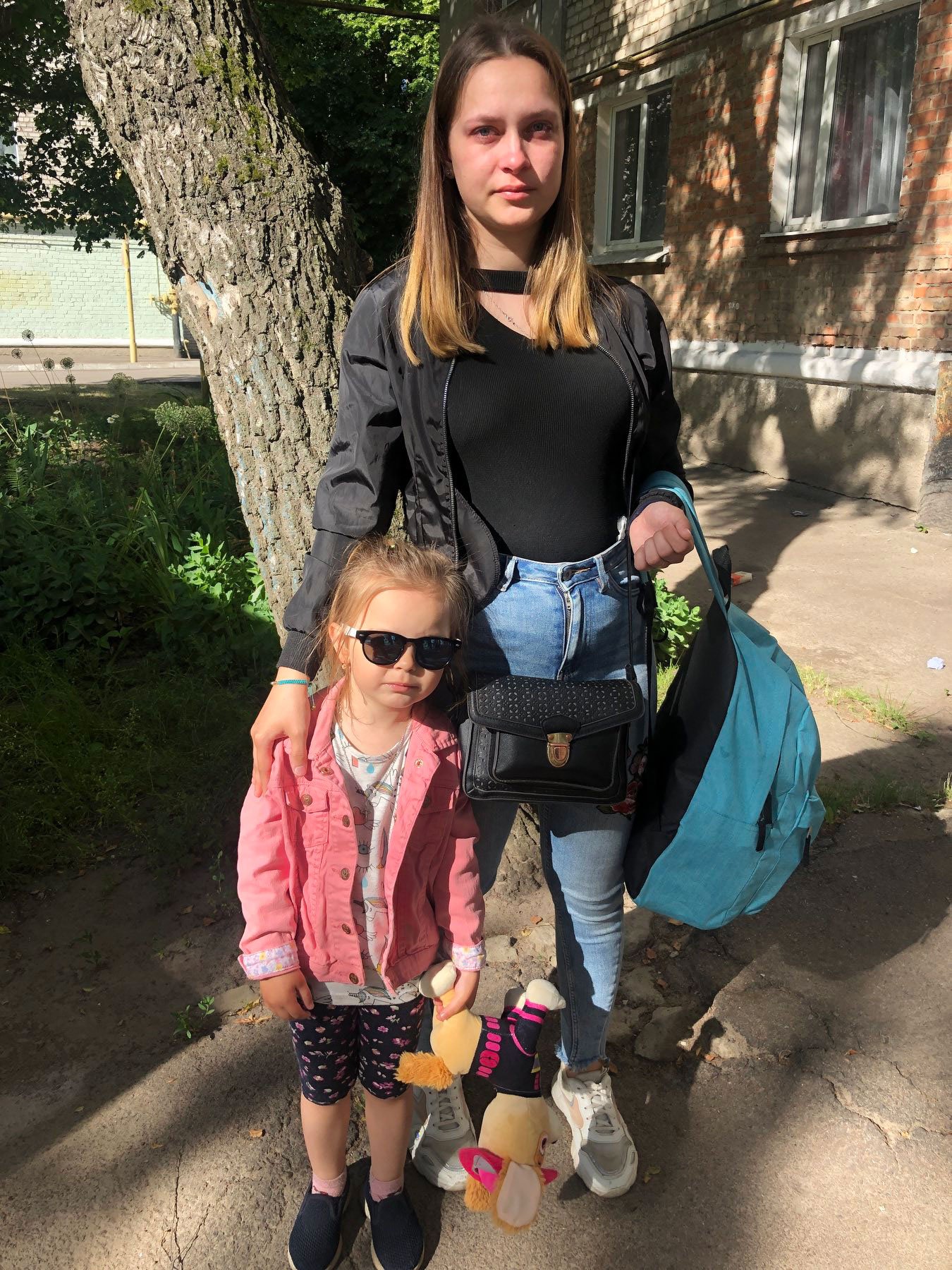 “It is a tremendous miracle for me that my mother was able to find documents proving our Jewish roots and that we can make aliyah.  We have been dreaming about this in our family for a long time but only now is the dream coming true.”

“When I was a teenager, I wanted to go to Israel to study, but the consul then said that there was not enough evidence to confirm Jewish origins.  For a while my parents dealt with this issue, but it was very difficult, and time passed.  At some point I forgot about my dream, got on with life, graduated from high school and met a guy I fell in love with.  And then I found out that I was expecting a child – my boyfriend wasn’t happy and a month later he left me.  I was then 17 years old.  I have huge gratitude to my parents – they supported me, did not reproach me.  I gave birth to a girl and my family helped me raise my daughter.  Now, in going to Israel, I want to give my daughter, Arina, a better future.”

“Now my Arina is 4 years old.  She is a wonderful child, and we all love her very much.  We all must live together – Mum, Dad, my two sisters, Arina and me in the same room in the hostel.  We can’t afford another place to live even though my parents both work.  I’m a hairdresser and work as best as I can but the funds are still not enough.  We survived as best as we could and continued to search for documents.”

“Then a miracle happened!  We collected all the necessary documents to pass the consular check, we made an appointment with the consul, but the war began. Our city was very soon under occupation! It was very scary and again it seemed that the dream of leaving for Israel would not come true.  And then miracles began again! The city was liberated by our people and my dad found out that he had the right to cross the border. Then Ezra organized our trip to Moldova and looked after us until the very flight to Israel. And now I believe that dreams come true! That my family and I will be safe!”

“We received a lot of support morally and financially from Ezra. We were advised, helped in the search for documents, they helped us to issue international passports. We were taken from Konotop to Mogilev-Podolsky, where we were fed and provided with an overnight stay, then we were transported across the border. In Chisinau we were put up in a hotel. Ezra took care of us from home to the flight to Israel!”

“I can’t even imagine how we would have managed without Ezra’s help!  It was a miracle for me that we met you.  I learned what real care and selfless love are.  Thank you very much!”