Vladimir and Alla K from Kiev

“For me, making Aliyah is the only hope to live longer as I am now suffering from an incurable disease. There is hope that in Israel, where the medicine and doctors are more advanced, they can help me. Sometimes they do wonders!”

“I am from Kiev; my ancestors were all born and raised in Kiev. It will be hard to leave my beloved city. No one in the family hid their Jewish roots which caused many of them to suffer in Soviet times and during World War II. I had a military career and retired with the rank of Colonel. I really want to become a General but due to the fact that I am Jewish, this path was closed to me. In Soviet times the fact that I – a Jew – was promoted to Colonel was already a miracle. After school, I completed the military school without any problems. I wanted to continue my studies at the Military Institute but I was warned that I shouldn’t even try. Then I entered the Polytechnic Institute in absentia and continued to serve. After graduating from the Institute I already had a higher education which helped me to rise in the ranks. Having served as a Colonel, I decided to enter the Military Academy but it did not work out. They explained to me that with such nationality it was very strange to have such a high rank but that I couldn’t count on more. Of course such an injustice was a shame. My wife and family supported me and helped me through this. During the war my grandparents and aunt’s family were all shot by the fascists at Babi Yar, here in Kiev.”

“My wife and I have two beautiful children – a son and a daughter, as well as seven grandchildren. We had been thinking about making Aliyah for a long time but somehow everything was postponed. I didn’t want to leave the children and was scared to leave Kiev as I’m used to life here. But the circumstances were such that I became sick with cancer and the disease pushed us to decide to leave. Our children are also now seriously thinking about Aliyah and we really hope they will join us in Israel.”

“Ezra gave us a lot of advice. They also took us to the airport which was a great support as I’m now disabled and cannot walk. We are eternally grateful for your help!” 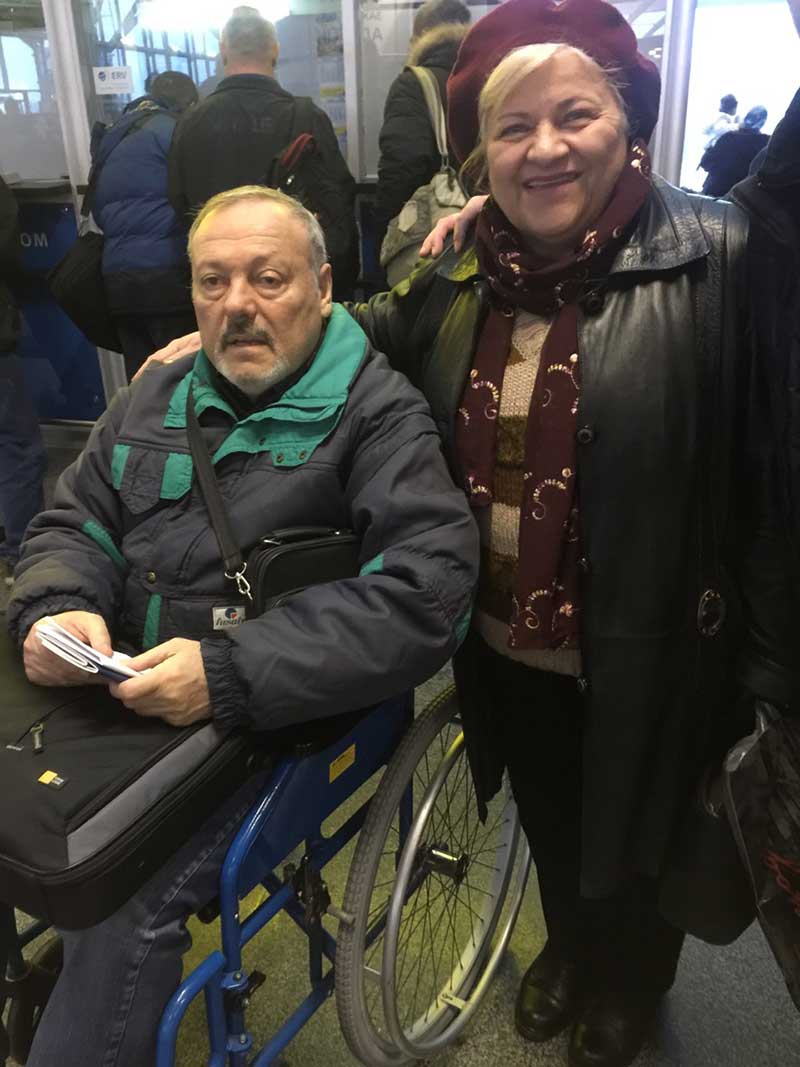