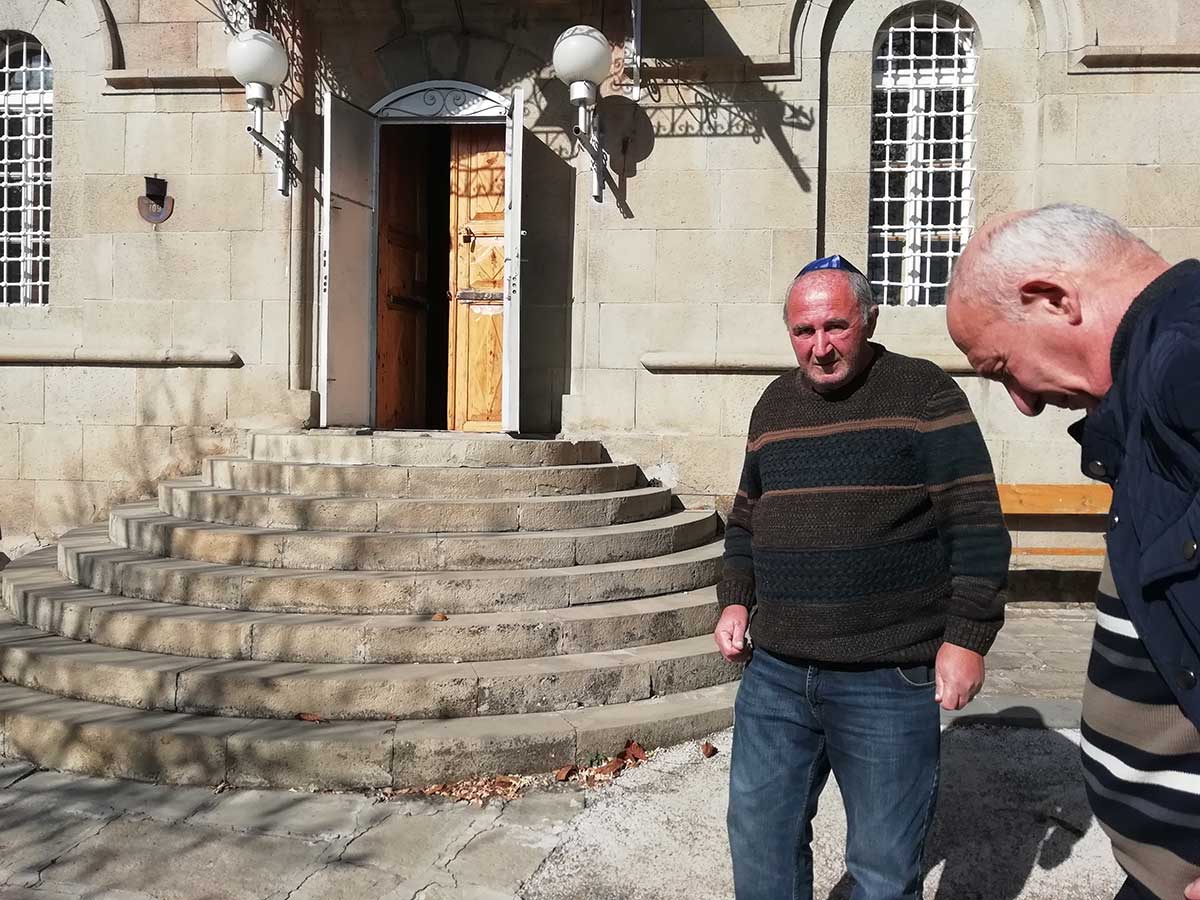 “I’m like the last Mohicans here in my city!! As a pure Jewish man, I want to be in my Holy Land and to die there! I know that Israel in the promised land – and that promise is part of me. I know that I can give a brighter future to my family and my son. I have done my job in Georgia – now I have to do it for Israel!”

“I first decided to make Aliyah in 2002 but, somehow, the process was stopped. There were many reasons but the most important one was my father’s death. Then I thought I’ll stay in Georgia for a short time and I’ll go to Israel later. This short time became 16 years! Now, finally, in 2018 I’m making my Aliyah!”

“I am the Gabai of the oldest synagogue in Georgia in my city of Akhaltsikhe. I’m leaving alone now, but after one year, my wife and son will join me. It was a pleasure for me to serve God and to take care of the synagogue, but I had to make the decision to return to Israel – my land, my roots. Of course, I’ll miss those years I have spent in Akhaltsikhe. I’ll miss my synagogue, my relatives and neighbourhood. We’re like a big family here.”

“Ezra was beside me from the very beginning of the Aliyah process. Even in 2002 I received help from them and now also before the flight I was visited by Ezra team members. They helped me to renew my documents and promised to do that also for my family when their turn comes. Ezra – keep going! There are people who need your help! It doesn’t matter how many years have passed – we were together all the way through my Aliyah process. Thank you!”