Zakaria and his wife Tamriko made Aliyah with their daughters, Elene and Anano. Zarkaria is a fireman from the very last city in eastern Georgia. He had been dedicated to his work in Lagodekhi for several years. However, He said: “As time passes and the children are getting older, a man starts to think in a different way. I started to think about what I can give my children in the future. I realised that I didn’t have many opportunities, but I did have my Jewish heritage.”

Ezra International met Zakaria while he was in the process of collecting his documents for the Israeli Embassy, so we helped him as much as we could. Ezra helped by translating and legalising documents and we gave him financial help for travel to the Embassy. He was given his visa from the Consul and his family was very happy. Zakaria said: “I’m proud of my decision. I’m also sure that later I can bring my mother to Israel too. She is the widow of a Jewish man and I hope we can collect the necessary documents also for her.”

“If it wasn’t for Ezra’s help, I would not have been able to do everything myself. Thank you very much.” Zakaria said. 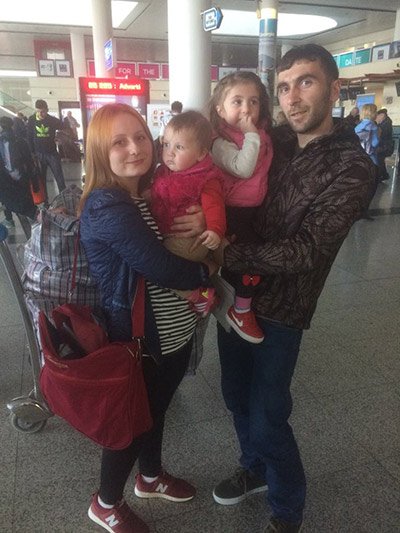